Going over the finishing line:

So I have reached the point where I could call both paintings finished for the first time… And realised that its gonna be quite difficult to keep painting over the top of them.

Feel free to comment if you think I should twist or stick. 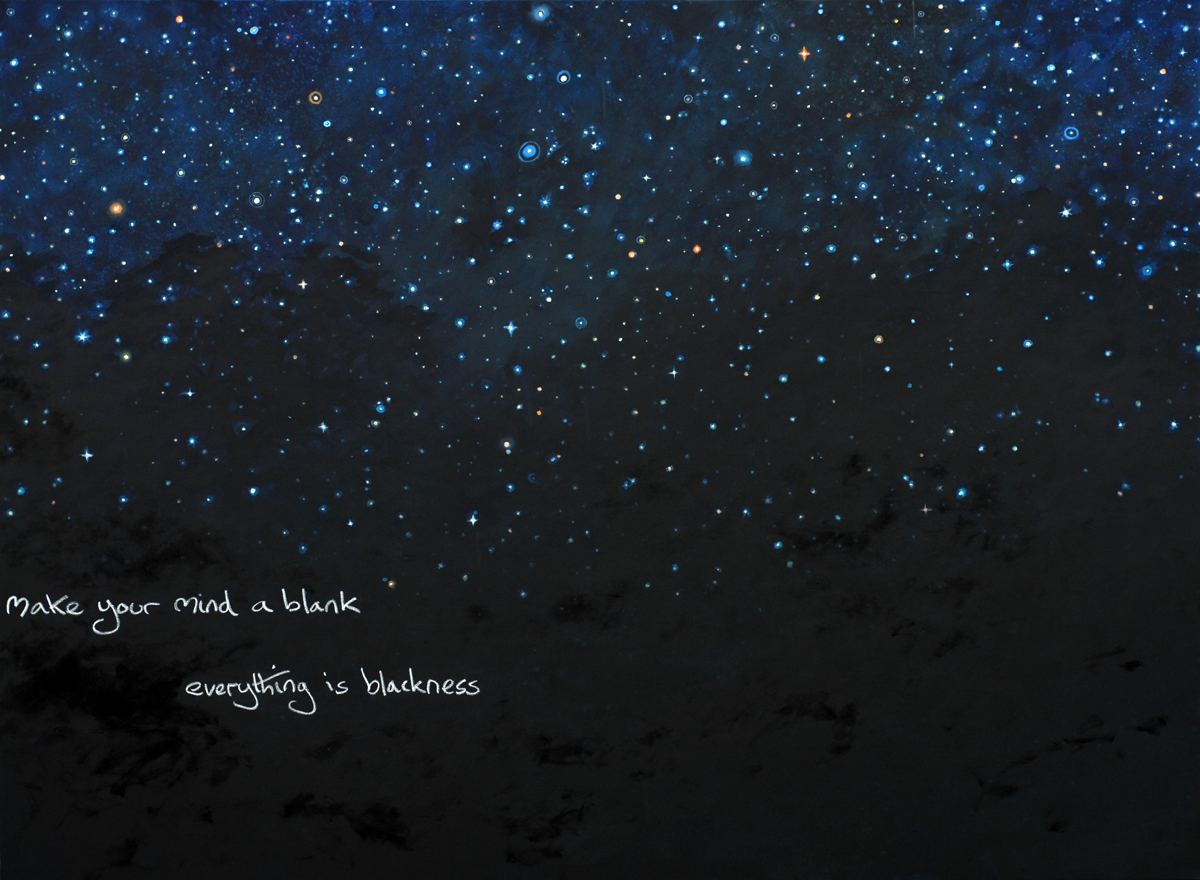 Make your Mind a Blank

When I was small, If I couldn’t get to sleep, I would go and get into bed with mum. She was totally amazing at going to sleep in a couple of minutes. She used to say to me:

“Relax every bit of your body, starting with your toes and moving up to your head… Now make your mind a blank.”

“What do you mean.” I would say

“Imagine everything is blackness, with nothing in it” she would say.

But my contrary mind wouldn’t allow me to think of nothing, I would imagine an empty blackboard, but then little lines of wiggly chalk writing would start to creep in at the edges. The harder I tried to push them out, the more would come… While mum slept, an advert for her technique,  I would lie   in the darkness, playing space invaders with words… 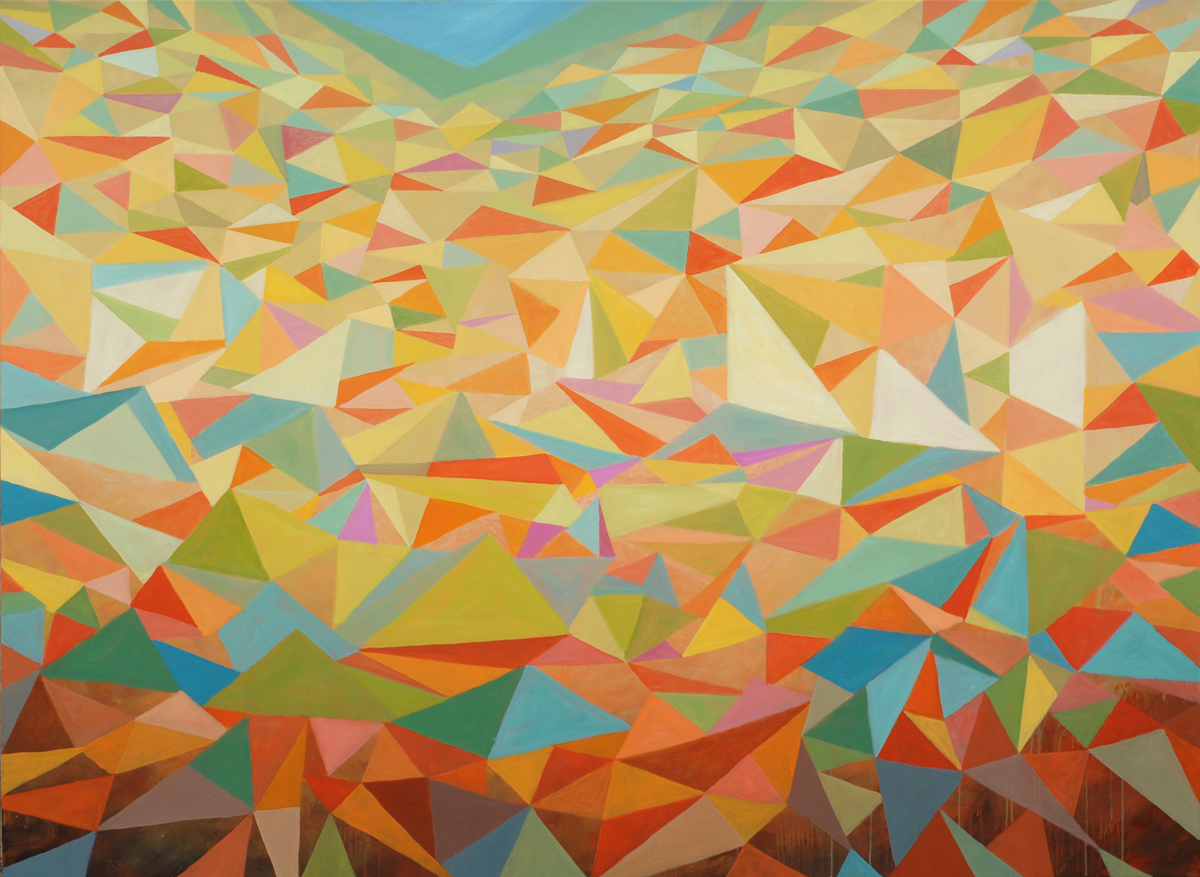 Brightness of the Day

This one now has a greater sense of space to it. I feel it embodies the warmth of a hot mediterranean sun, which I was imagining as the opposite of a cool star filled night. The angular nature of the shapes suggesting the energy of a manmade environment to oppose the mystery of form found in the darkness.

They stand on their own quite well, but when you see them together, they jar at one another. I don’t know if this is something I’m going to have to embrace for this project or whether I will eventually reach a point where they seem to come from the same circle. 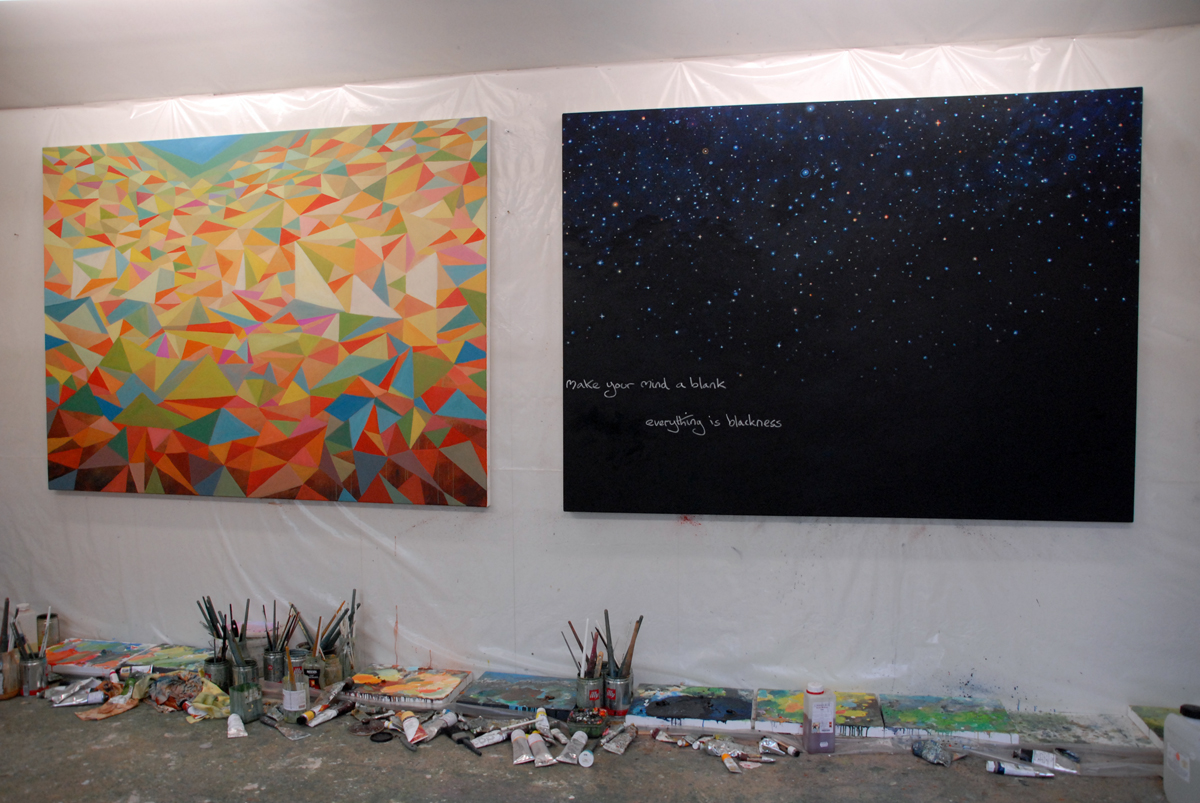 studio shot of both paintings